Belfonte Dairy | From the Heart of Kansas City

The flavors of the Southwest pair with rich, creamy Belfonte Sour Cream to make this one-skillet chicken dish a family-favorite weeknight entrée. 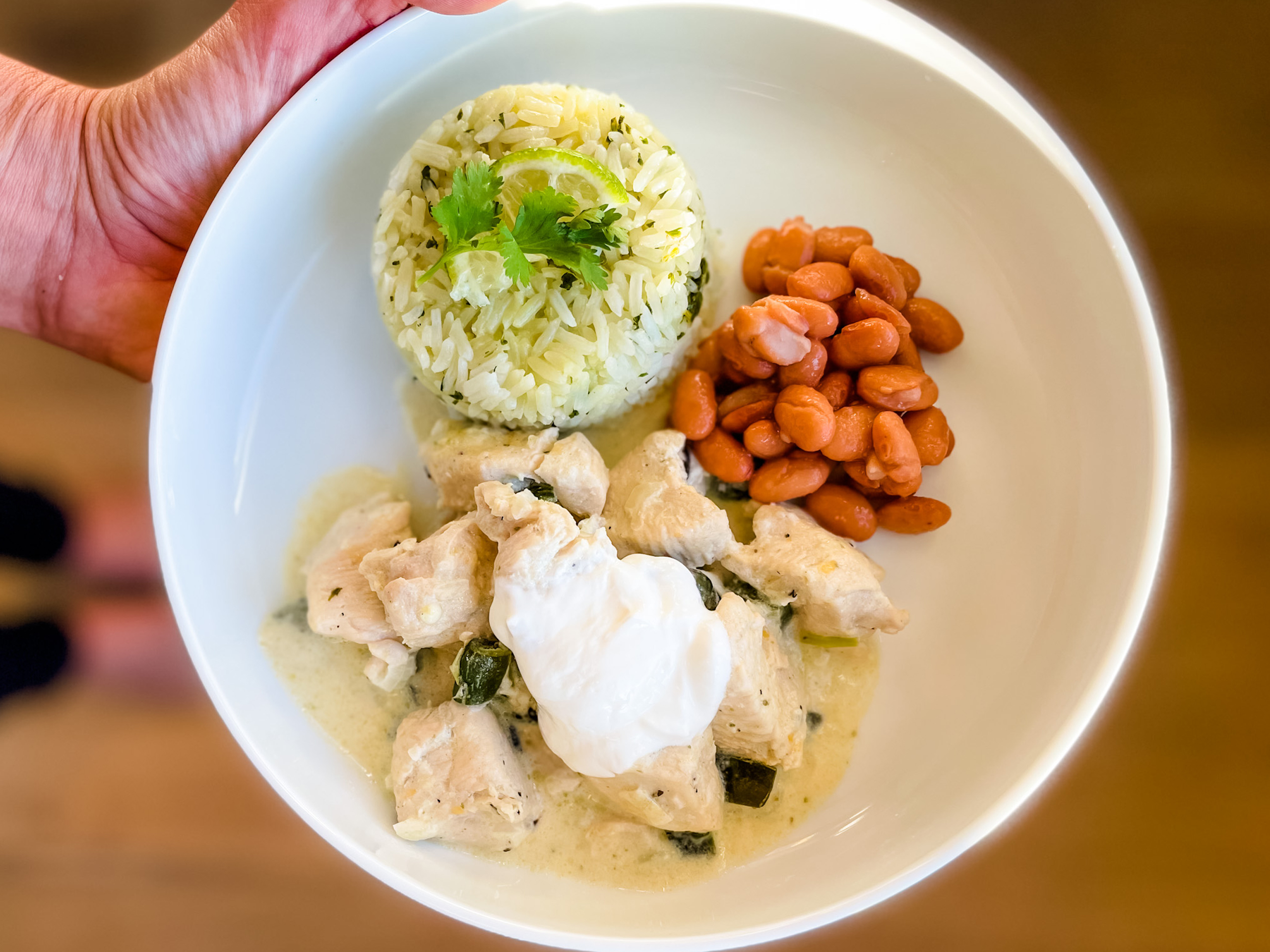 Melt butter a large (lidded) skillet on the stovetop. Meanwhile, if you have the option, roast 2 poblano peppers over a gas fire until charred all over. Seed and dice peppers, then sauté in the skillet along with garlic cloves and onion, about five minutes until onions are translucent.

Add chicken, salt and black pepper to the skilled and stir occasionally about 8 to 10 minutes, until chicken is done.

Stir together Belfonte Sour Cream, Half and Half and chicken broth and add to the skillet with the chicken. Cover the skillet and allow the creamy sauce to thicken, about 7 to 8 minutes. Add cheese and stir to melt into sauce.

Serve alongside cilantro-lime rice, and top with additional Belfonte Sour Cream, if desired.

Heat to 3 ½ cups chicken stock and one bay leaf in a medium (lidded) saucepan until boiling. Add rice, reduce heat and simmer for 15 minutes.

Meanwhile, in a food processor, blend cilantro, lime juice and oil into a fine paste.

When rice is cooked, add cilantro-lime mixture and stir until evenly incorporated. Serve with creamy poblano chicken or any other Latin favorites!