Belfonte Dairy | From the Heart of Kansas City 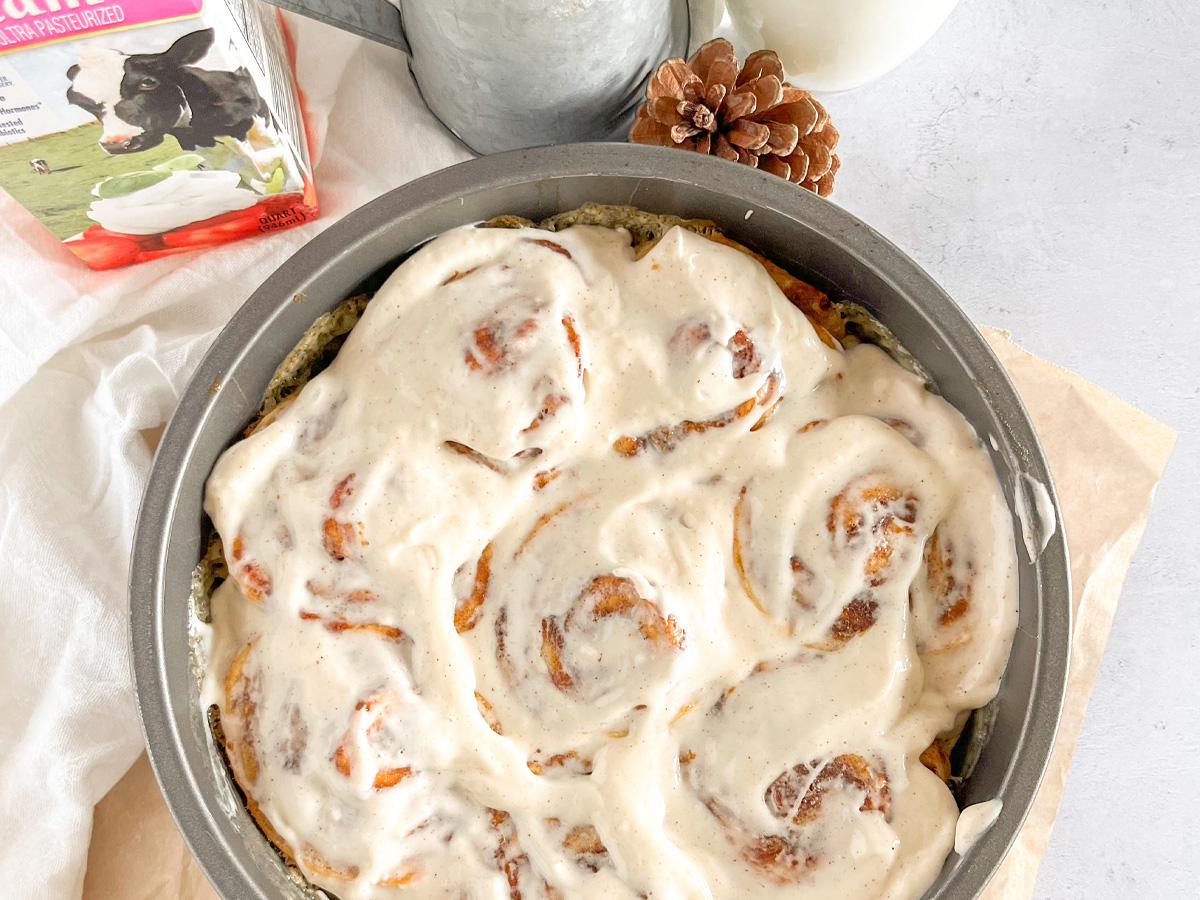 Open your store bought cinnamon rolls and unravel them carefully without letting them detach from each other.

Add your pumpkin butter on top and spread out over the unraveled dough until evenly spread out.

Roll them back up and place in a baking dish side by side.

Pour heavy cream over the top of your cinnamon rolls. This will be absorbed by the dough while baking making the cinnamon rolls super fluffy and moist.

Bake them in the oven for 15-20 minutes. They will be golden and most of the heavy cream should be absorbed.

For Cream Cheese Frosting:
In a bowl of a mixer add your cream cheese and whip until fluffy.

Add in your heavy cream and beat until combined and larger in size.

Assemble:
Remove your cinnamon rolls from the oven and let cool for a few minutes. Once slightly cooled, top with your cream cheese frosting. 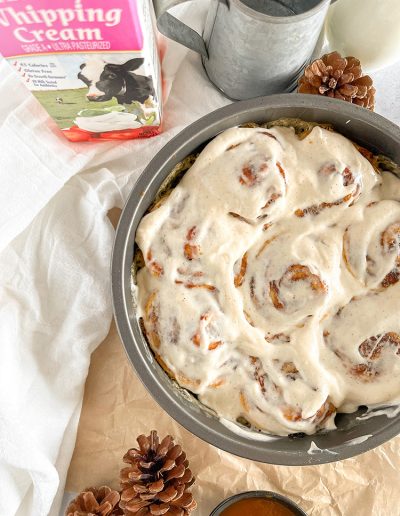 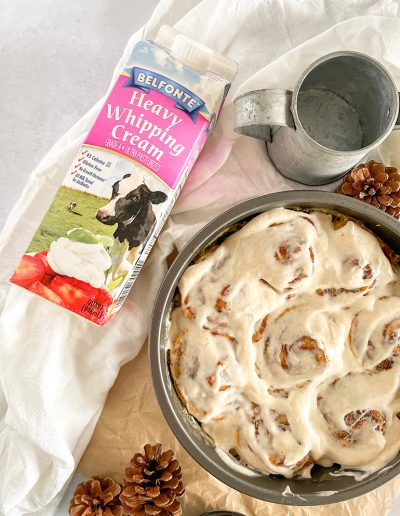 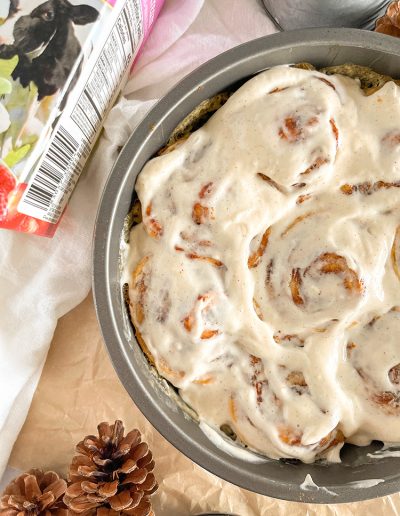 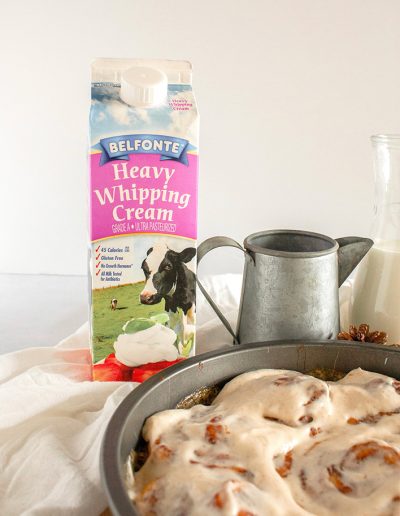